The Black Church Food Security Network (BCFSN) was founded in 2015 and specializes in recruiting, organizing, and mobilizing African American congregations around food system initiatives, environmental conservation, and agricultural projects. We utilize an asset-based community development model that helps churches leverage and maximize their existing resources for community food security. In 2017, we partnered with Northside Baptist Church in north Baltimore to establish a community garden which featured five raised beds. Now, we’re taking another step with them to transform 5-acres of their underutilized land into North Star Farm, an urban teaching farm that will support youth, neighbors, and others in the farm and faith communities. During enslavement of Africans in this country, the "north star" figured prominently in guiding runaway enslaved people toward freedom. Additionally, Frederick Douglass published an anti-slavery newspaper called "The North Star" from 1847 - 1851. We believe that North Star Farm can honor this history by pointing the way to freedom through food, autonomy, and communal self-determination. The farm will serve as a fresh food hub and food processing site. The food grown at the farm will be processed and transported to other BCFSN food hubs across Baltimore City for distribution at Soil to Sanctuary markets. The CSRC grant will support the establishment of North Star Farm. The North Star Farm organized by the BCFSN will serve as a community food anchor by increasing food security especially to the population most directly and disproportionately impacted. The farm will be in a unique position to offer experiential learning opportunities with youth in the district while simultaneously advancing community-resilience.

"2:07: Struggles organization has faced due to social distancing
3:32: churches virtual now
4:25: Discussion on how they still provide nutritional products to community despite pandemic
8:31: ""provide nutrients to these communities by purchasing from Black farmers""
9:53: How organization maintains a sense of community
10:45: Discussion on the one on one calls on how to help community
11:17 : ""leveraging power of social media""
13:36 : Discussion on creating community on social media
15:07: Discussion of micro food system
16:05 : example given on micro food systems
18:45: cultural/religious practices now due to coronavirus
23:17: discussion of how to series on zoom that occurred from march-may
26:00 : new rituals or practices due to coronavirus
26:50: ""acknowledging humanity""
28:34: What have you done due to coronavirus that you'll continue?
30:18: dealing with mental health
31:20: quote ""rest is a form of resistance""
32:16: How organization has helped deal with loss
38:47 : discussion of urgent needs that families need due to coronavirus
41:00 : ""rekindle memories/getting back to what they know""
42:33: ""previous life experiences that have helped deal with coronavirus
43:49: Discussion on wealth gaps and food insecurity
46:41: Anything else we should know about organization?
47:17 : quote ""those who are closest to the problems are closest to the solution""" 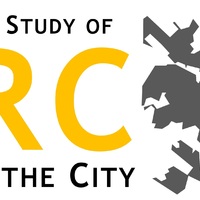 Center for the Study of Religion and the City