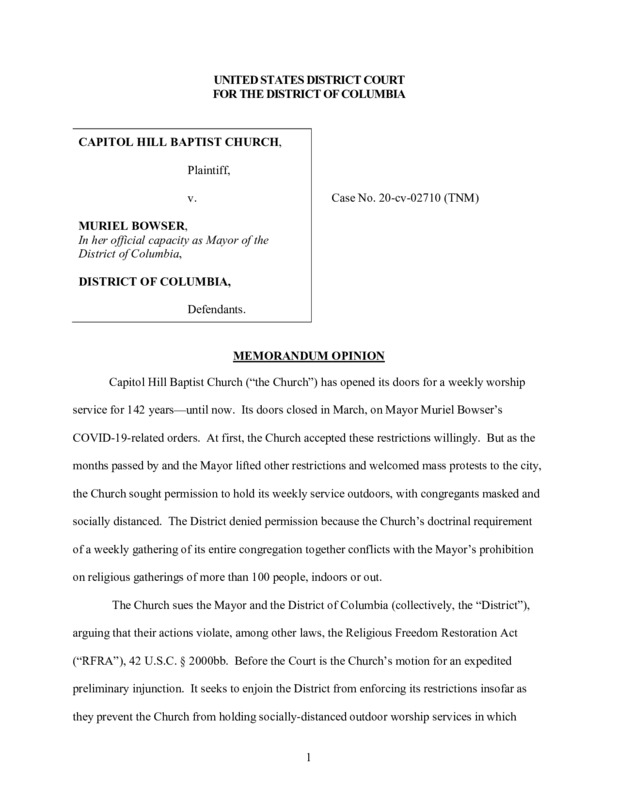 Restriction of in-person gatherings to prevent the spread of Covid-19 affected religious congregations across the world throughout 2020. In the United States, these public health measures varied widely across different states and regions, as did the responses from different religious communities.

If they had the technology and means, most religious communities unable to hold in-person services pivoted to streamed worship via Zoom or Facebook Live. Capitol Hill Baptist Church, in Washington, D.C., did not. Its pastor, Mark Dever, maintained that “a video of a sermon is not a substitute for a covenanted congregation assembling together.” Dever further discussed this view in this sermon, "The Glories of Gathering." Until it was possible to gather again, CHBC did not meet for weekly worship.

In September 2020, CHBC sued Mayor Muriel Bowser and the District of Columbia over restrictions on the size of outdoor gatherings in the city. The lawsuit argued that D.C.’s restrictions infringed upon the exercise of First Amendment rights and and observed that the city government had permitted and encouraged large outdoor protests. Click on the document at right to view a group of sources including statements and social media posts from Pastor Mark Dever from March 2020, early in the pandemic, as well as updates on the lawsuit later in the fall. In the end, the court granted CHBC’s motion for injunctive relief and granted the church permission to hold large outdoor gatherings in D.C. 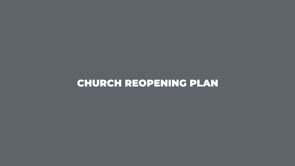 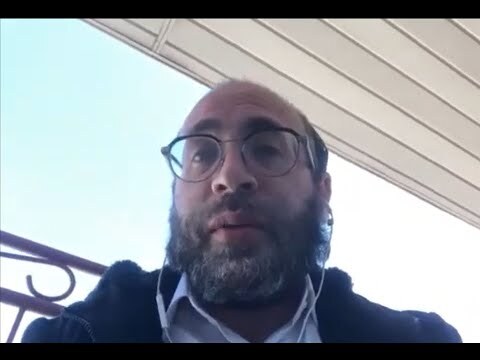